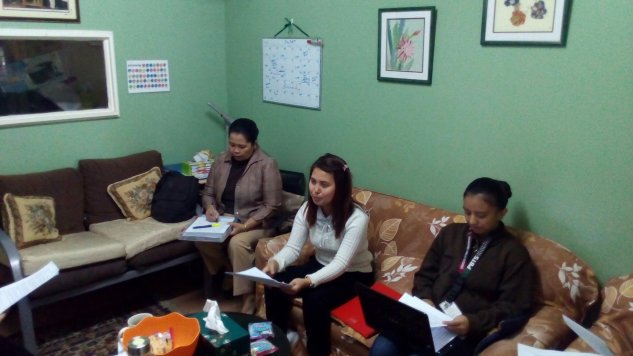 Pictures from our Clinical Pastoral Orientation (CPO) class. At our office and then at Noodle King.

Two pictures from my Class on Missions Strategy. The one on the left is the community where my class will be doing a ministry project (a gold-mining community). On the right are 3 of my students, including Joel on the left. 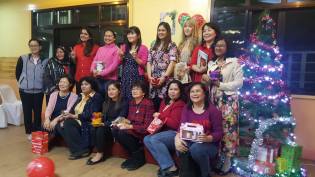 .The above two pictures are from the Christmas party set up by the PBTS Women’s fellowship. 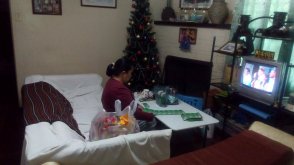 Celia at our house, putting together gift bags for inmates at the La Trinidad District Jail. And then photos after the counseling and gift-giving. (We can’t take photos inside the jail.)